The Upside? of being Coeliac


So often I write about how easy it is to transform ingredients into delicious gluten free yummies and that it is not a difficult process. And indeed it's not.  It requires some adjustment and some imagination and for me, it involves a lot of love.  Love for my daughter who is Coeliac. Love for my daughter that was terribly sick as a young child because of Coeliac Disease.

But I'm not going to sit here and lie and tell you that being Coeliac is a breeze.  It's not.  I am an upbeat person 95% of the time.  I am. But today.. today I am going to shed some light on the downside of being Coeliac and be brutally honest.  Lets get down to brass tacks.  Coeliac Disease blows. 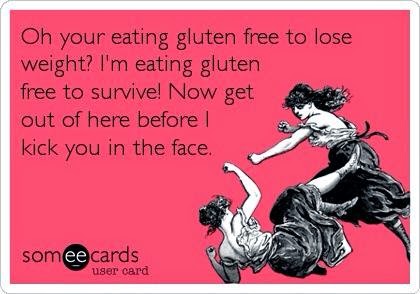 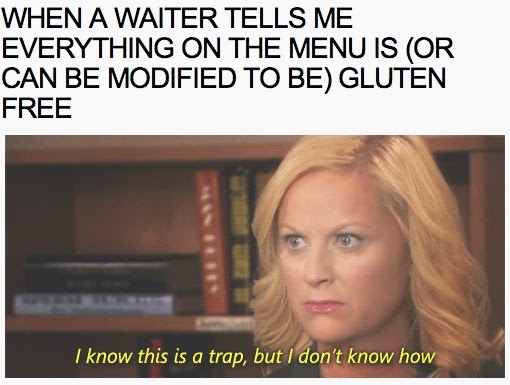 Email ThisBlogThis!Share to TwitterShare to FacebookShare to Pinterest
Labels: Reflections

Products and circumstances are always changing so NEVER just assume that something is gluten free, even if it was before.

This is what I have learnt as a person living with Coeliac Disease. Ask questions! Be aware! Make people preparing your food aware of your special dietary requirements so that you can make informed decisions about what you are about to eat.

As always - the gluten free philosophy prevails - If in doubt, leave it out.